The borders of the small Muslim city-state founded in Medina, comprised approximately of four-hundred families, reached Iraq and Palestine, only in a matter of ten years. The Companions were at war with Byzantine and Persia at the time of the bereavement of the Noble Messenger, though their standards of living had little changed as compared to ten years before. They continued persisting in their lives of abstinence. Excess consumption, greed, luxury and pomp were things unknown to the Companions, imbued with a constant awareness that awaiting the flesh, tomorrow, was but the grave. With the excitement and zest of faith, they instead used them as means for guiding humankind to its salvation. They molded their lives in the cast of seeking the pleasure of Allah. Without a doubt one of the most prominent reasons for the clear and rapid spread of Islam, like a glaring flash of morning light, among the oppressed and the exploited, was the fact that the Companions showed a perfect Muslim character wherever they stepped foot. 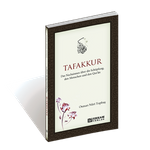 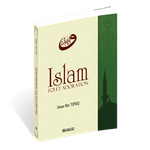